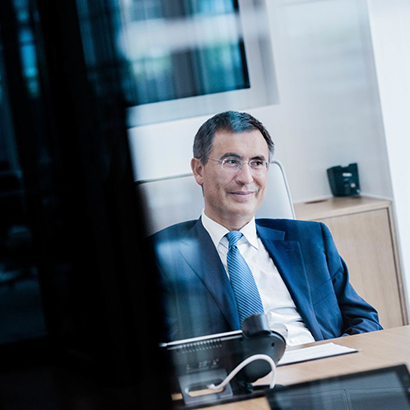 Summary: A billionaire hedge-fund manager is bankrolling an unprecedented campaign to force dozens of the world’s largest companies to publish carbon-emission reduction plans.

(ITP Grant Partner, As You Sow, is leading the "Say on Climate" effort in the U.S.)

A billionaire hedge-fund manager is bankrolling an unprecedented campaign to force dozens of the world’s largest companies to publish carbon-emission reduction plans and put them up for shareholder vote.
Frustrated by the pace at which corporations are cutting emissions, Christopher Hohn is backing a global effort to speed things up. He is working with nonprofit groups and investor organizations to get at least 100 of the companies in the S&P 500 stock index to adopt the initiative by the end of 2022—voluntarily if possible and through proxy battles at annual shareholder meetings if not.

“There will be resistance from some companies but I’m willing to put it to the vote,” said Mr. Hohn, who has used shareholder activism to make his firm, TCI Fund Management Ltd. one of the most profitable hedge funds in the world.

Union Pacific is discussing the initiative, called Say on Climate, with its shareholders and has invested in several environmental, social and governance areas, a spokeswoman said. A spokeswoman for Charter declined to comment. Alphabet, Booking and Monster Energy didn’t respond to requests for comment.

The success of these proxy fights will depend on the response of much bigger money managers, like BlackRock Inc., State Street Corp. and Vanguard Group, which can often single-handedly swing a vote. The firms are the biggest shareholders of Alphabet, Union Pacific and Booking, and among the largest of Charter and Monster Beverage, according to data from S&P Capital IQ.

Mr. Hohn has publicly chastized the investing giants for what he calls their “appalling” environmental voting records in the past, but in private he is courting them to support this new initiative.

Mr. Hohn might seem an unlikely environmental crusader. He is better known for fighting management of companies like ABN Amro Bank Holding, the London Stock Exchange Group PLC and Wirecard AG to boost his investment returns.

But the hedge-fund manager has been a leading philanthropist for two decades, and in recent years his $6 billion charitable foundation, the Children’s Investment Fund Foundation, has focused more on climate change. Now he is proselytizing on the issue in financial markets, using a combination of public shaming, cajoling and boardroom brawling to get other investors and the companies they own to join his campaign.

“As shareholders, we can’t wait on regulators to solve this,” Mr. Hohn said. “It’s on investors to show how seriously they treat this threat.”

An advisory panel to the top U.S. commodities regulator published a report in September saying that climate change could pose a systemic risk to the U.S. economy, and that delay in responding to it could be devastating. National governments are still in the early stages of understanding how different climate risks interact, according to the report.

U.S. regulators haven’t laid down many rules on climate disclosure. Many large companies have advertised environmental initiatives but few commit to concretely reducing emissions. While 90% of companies in the S&P 500 publish annual sustainability reports, only 12% have approved targets to cut carbon emissions that are based on scientific research, according to nonprofit group CDP, which runs an environmental disclosure system for companies and governments.

Some large money managers—particularly those who champion environmental, social and governance, or ESG, investing—have been pushing companies to reduce emissions through what they call “engagement.” They use public communication and back channels to move management along, but rarely force change through shareholder votes. Blackrock and Vanguard supported less than a fifth of proxy votes on key climate resolutions in 2020, according to data from Morningstar Inc.

“They are owners but they don’t act like owners—they treat management with kid gloves,” said Wolfgang Kuhn, a director of ShareAction, a responsible-investment nonprofit. “Their voting behavior is they endorse management almost 100% of the time.”

Mr. Hohn used his own brand of engagement with Moody’s Investors Service, of which TCI owns 3.5%, sending the company’s chief executive a letter criticizing the low score it had received on climate disclosure from CDP. The credit rating firm adopted Say on Climate voluntarily in December, becoming the first U.S. company to do so.

“Our score at the time was a D, which TCI said was unacceptable,” said Mark Kaye, chief financial officer at Moody’s. “But our score this January was an A. Say on Climate helps signal the level of seriousness with which we want climate to be treated.”

For less responsive companies, Mr. Hohn is putting forward shareholder resolutions and marshalling nonprofits to do the same, then lobbying big asset managers to vote in favor of them.

BlackRock reviews every shareholder resolution on its own merits and won’t give wholesale support to the campaign, said Sandy Boss, who joined the firm in April to run its shareholder interactions. Still, the initiative aligns with a shift that began at BlackRock in July to vote more aggressively on climate-related shareholder resolutions. The firm supported eight out of nine environmental proposals in the second half of 2020, according to a BlackRock report. Chief Executive Larry Fink emphasized the new approach in a public letter this week.

Mr. Hohn spoke personally to Ms. Boss last autumn to garner her support for his first Say on Climate proxy fight against Spanish airport operator Aena SA, a company of which he was a shareholder, and BlackRock voted in favor of the resolution. Aena’s management initially recommended shareholders oppose the measure before changing tack after it became clear that a majority of investors favored it, Mr. Hohn said.

Aena disagreed with certain details of Mr. Hohn’s proposal, a company spokeswoman said. “We managed to overcome them and reach an agreement, which is an excellent example of Aena’s strong commitment to the environment.”

It remains to be seen how well this strategy will work against companies that TCI doesn’t own shares in and with which Mr. Hohn has little influence.

The Aena vote, which passed, caught the attention of Andrew Behar, chief executive officer of As You Sow, a leading U.S. nonprofit that represents shareholders to engage public companies on ESG policy implementation. A few weeks later, the foundation Mr. Hohn founded reached out and arranged a grant for the nonproft to start rolling out the campaign in the U.S., Mr. Behar said.

As You Sow has engaged with about 75 companies, sending them letters asking them to voluntarily adopt the policy, while filing resolutions against Union Pacific, Booking and Monster Beverage.

While Union Pacific intends to set carbon reduction targets, it has yet to do so, and neither Booking nor Monster “have established greenhouse-gas emission-reduction targets or have goals to procure renewable energy,” Mr. Behar said.

That is only the beginning, according to Mr. Hohn.

Write to Matt Wirz at matthieu.wirz@wsj.com
« Prev Next »